Kayaking along the west coast of San Juan Island 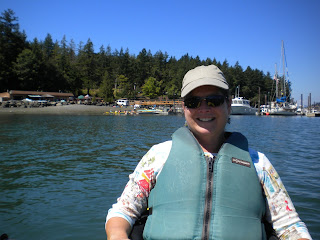 The marina was blanketed with misty fog again this morning. After sleeping in and making sure I got my exercises completed I was off to meet up with Crystal Seas Kayaking to go on a guided 3 hour trip along the west coast of the island. I waited almost an hour as they were also picking up people from the ferry which was seriously running late.

The van took us to Snug Harbor where we were donned with life vests. My kayak partner was a woman about my age named Diane who is also from Kirkland.  She came to Friday Harbor just for the day to take the trip.

The kayaks were each in their own little docks. There were 4 kayaks with a total of 8 people in our group led by a young woman named Angie.

We paddled along the coast which was primarily very rocky. There were a few coves and small beaches but most of the homes above had no access to the water. One cove was aptly named "Smugglers Cove" as it was used, as the story goes, during prohibition where Canadians would smuggle in liquor to the Americans.

The bull kelp was everywhere. We learned that it is attached to the sea bottom and is sometimes called the kayaker's dock as it can be used to slow down and rest. We actually took a bite of it and it didn't taste that bad!

The return trip was so much easier as we were no longer fighting the wind and currents. But, I was getting a bit tired paddling by the time we hit the dock.

It was such a fantastic trip. I have always wanted to go on a kayak adventure so I am so excited I can check it off my list. Now I must plan another one for this weekend!

Salmon was what I was craving for dinner tonight. I got a small piece at the little fish market on the dock. I sat on the back deck watching the sunset as I ate my little dinner.

Every Thursday night in the summer a marimba band plays music in the park at the foot of the marina. This was the second time I sat and listened. I just love their music and the fun they have creating it. The sweet drum beats seemed to echo throughout the marina.
Posted by NatalieLaughing at 10:45 PM 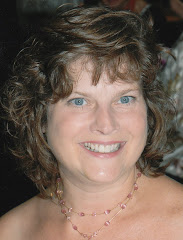 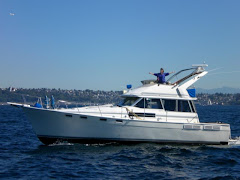